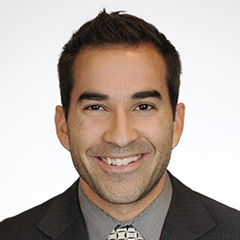 After earning a bachelor's degree in business administration (with a major in market finance) at HEC Montreal, Mr. Jacques spent time in Toronto in 2004 to perfect his English and to round out his knowledge of the financial field. Back in Montreal, he became a day trader and then, in May 2005, decided to join the Mouvement Desjardins, taking a position at Caisse Desjardins De Lorimier in Montreal.

In 2006, he joined Desjardins Securities at Disnat Direct, where he obtained his options trading licence. In 2007, Mr. Jacques joined the full service sector in Brossard. An investment advisor since 2010, he specializes now in serving a clientele of professionals, businesspeople and retirees.

He has been working with Jeannot Bouchard, another Desjardins Securities advisor, since 2017.

Take charge of your finances to ensure your future

Our philosophy is based on proven principles of investment management backed by global market analysis, fundamental research and technical analysis.

We integrate those principles in our management approach to establish a sector-based portfolio distribution and diversification for fixed income, equity and alternative strategy in order to achieve the best risk-return ratio possible.

It’s important for us to invest in well-run businesses that are in good financial health and have a strong growth potential. We round up your portfolio diversification by adding products managed by world-renowned specialized managers.

What sets us apart

We work first and foremost for people. We believe that the real value of money lies in the projects it helps us achieve. We make sure to know our clients’ projects and goals like our own so we’re able to help them.

We stand out because we offer customized and personalized services, set a precise financial plan to meet your financial goals and always go the extra mile to exceed our clients’ expectations.

We’re guided by the following values:

We offer you a complete range of services including:

Biographies of my colleagues