One of our most accessible tools, this daily comment keeps you abreast of developments on the North American and international financial markets.

The Bank of Canada raised interest rates aggressively for a sixth straight time, while opening the door to pausing its hiking cycle. Policymakers led by Governor Tiff Macklem increased the benchmark overnight lending rate by 50 basis points to 4.25% on Wednesday, the highest since the beginning of 2008. The move was in line with the expectations of a slim majority of economists in a Bloomberg survey. The Bank suggests larger increases to borrowing costs have probably ended, and that policymakers are open to a break in their forceful tightening campaign as they weigh new economic data. There will be two more monthly inflation readings before the bank’s next rate decision on Jan. 25. “This is a pivot. The Bank of Canada is moving to a more data-dependent reaction function,” Royce Mendes, head of macro strategy at Desjardins Securities, said in a report to investors. “We now expect central bankers to officially communicate a pause at their January announcement.”

Elon Musk’s bankers are considering providing the billionaire with new margin loans backed by Tesla stock to replace some of the high-interest debt he layered on Twitter, according to people with knowledge of the matter. It’s one of several options the Morgan Stanley-led bank group and Musk’s advisers have discussed to soften the burden of the $13 billion of debt Twitter took on as part of Musk’s $44 billion acquisition. The company is estimated to face annual interest costs of about $1.2 billion if the current debt structure remains in place, more than Twitter’s core earnings for the whole of 2021.

It doesn’t take much to get oil prices moving lower these days, thanks to shrinking liquidity that’s sapped the life out of the market. Prices on Wednesday headed for a fourth straight loss, with West Texas Intermediate trading under $72 a barrel. After drifting in little changed territory for most of the morning, the market took a turn lower on signs of easing constraints for US fuel supplies. Distillates inventories rose by more than 6 million barrels, according to an Energy Information Administration report Wednesday. Gasoline inventories climbed by 5.3 million barrels, indicating weaker demand. Crude has so far stumbled into the final month of the year, with the US benchmark heading for the first back-to-back quarterly drop since mid-2019 as central banks tighten monetary policy.

Dutch officials are planning new controls on exports of chipmaking equipment to China , according to people familiar with the matter. The move potentially aligns their trade rules with US efforts to restrict Beijing’s access to high-end technology. The plan would essentially codify and potentially expand its unofficial ban on some technology sales to the Asian country. The US, Netherlands and Japan are the world’s top suppliers of machinery and know-how needed to make advanced semiconductors, but Washington is yet to get those allies fully on board with its plans.

Hong Kong could scrap its outdoor mask mandate and shorten the isolation period for people who test positive for Covid, local media reported. The government is also considering using rapid-antigen tests to replace the two PCR tests currently required for inbound travelers, and the Hospital Authority may explore relaxing discharge criteria for patients. The potential moves, which coincide with a rise in the daily Covid tally to the highest since the city’s deadly wave in March, would be the biggest relaxation to virus rules since Hong Kong scrapped hotel quarantine for inbound travelers in September.

Find Us Discover Our Products and Services 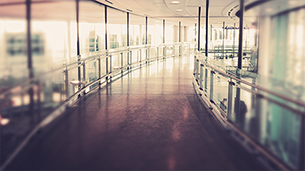 Throughout Quebec and in Ottawa, our branch staff will be happy to welcome you to meet your financial needs or refer you to a counselor.

Regardless of where you live, one of our wealth managers will help you achieve your financial goals.